Netflix Leads 2020 Oscar Nominations With ‘The Irishman’ And ‘Marriage Story’ 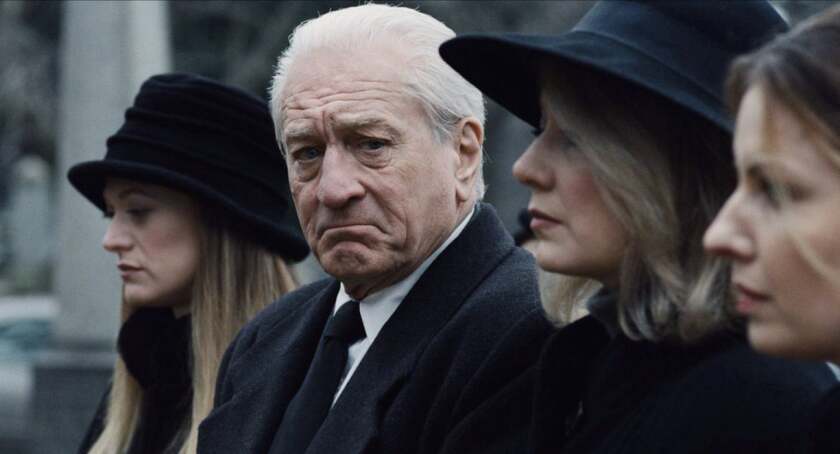 Can Netflix translate awards nominations to wins this time? That’ll be the question in the entertainment industry over the next several weeks as the streamer campaigns for its Oscar nominees.

The Los Gatos, Calif., company scored 24 nominations for its movies Monday morning, the most of any studio. Netflix’s tally was led by Martin Scorsese’s “The Irishman,” which earned 10 nods, including for best picture, director, cinematography and two supporting actors (Joe Pesci and Al Pacino).

The tech company’s total is by far its biggest showing in terms of Oscar nominations, coming off a year when Netflix spent heavily to become a bona fide Hollywood studio. Last year, Netflix earned 15 nominations, 10 of which were for Alfonso Cuaron’s Spanish-language drama “Roma.”

Close behind was Walt Disney Co., for which this is the first Oscars since the Burbank company bought 20th Century Fox last year.

Sony Pictures had a big year with 20 nominations, thanks to critically acclaimed films including “Once Upon a Time... in Hollywood,” “Little Women” and “Pain and Glory.”

Meanwhile, Warner Bros. earned the distinction of having the most-nominated film, “Joker,” which is up for 11 statuettes. The studio also had one nomination for “Richard Jewell.”

Universal Pictures is coming in with 11 nominations, led by 10 for Sam Mendes’ World War I epic “1917,” which was a surprise best picture winner in the Golden Globes.

Netflix is hungry for its first best-picture win at the Oscars after last year’s contender, the black-and-white “Roma,” lost to the crowd-pleasing race relations road trip film “Green Book,” which was produced by Participant and released by Universal Pictures.

But there’s a big difference between having a preponderance of nominations and actually winning awards, a fact highlighted by the recent Golden Globe Awards at the Beverly Hilton.

The Hollywood Foreign Press Assn. showered Netflix with 34 nominations, including 17 for its movies, but the streamer came away with only two trophies, for Laura Dern’s performance in “Marriage Story” and Olivia Colman’s turn in “The Crown.” In the best picture categories, Netflix lost to “1917" in drama and “Once Upon a Time... in Hollywood” in musical or comedy.

The 2020 Academy Awards will be presented Feb. 9 at the Dolby Theatre. As with last year, the ceremony will not have a host.

Here are the studio rankings.