Report: Pandemic Consumers Sticking with Streaming; Not Returning To Pay-TW 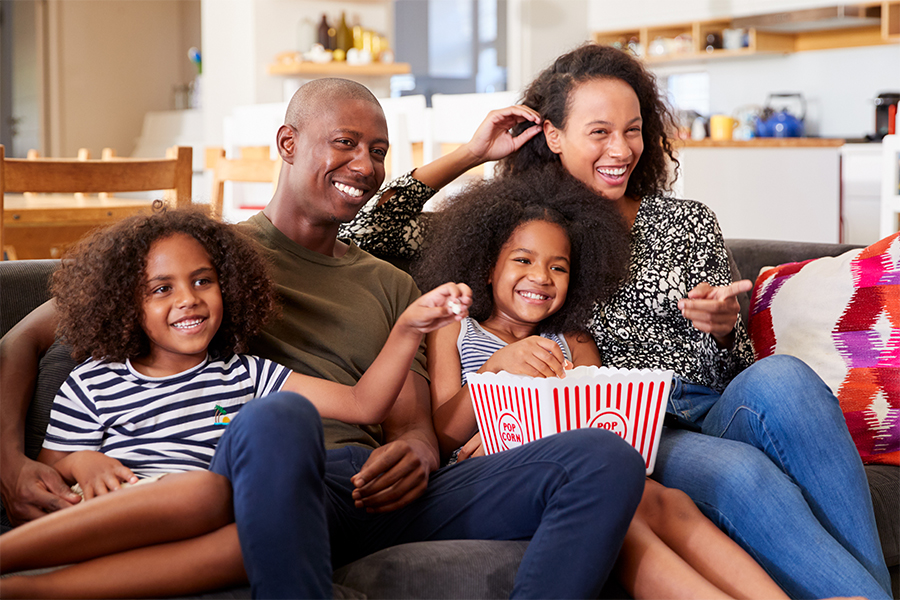 The pandemic has been good for subscription streaming video, and bad for linear pay-TV. That trend is not changing in 2021, according to new data from Hub Research.

As expected, subscriptions to the five most-popular streaming video services has continued to climb since pre-Covid, with HBO Max up dramatically since November. The report said Max has benefitted from WarnerMedia’s decision to stream all 2021 Warner Bros. Pictures’ movies on the day of theatrical release — starting with the release of Wonder Woman 1984 last December. 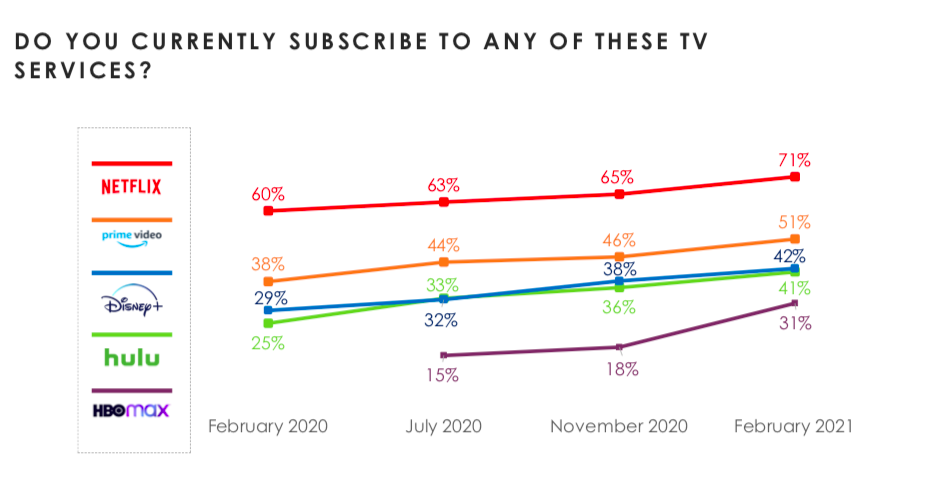 Citing data from a February survey of 3,008 U.S. consumers, ages 14-74, who watch at least 1 hour of TV per week, Hub found that the proportion of consumers who have purchased a first-run movie on streaming has been increasing steadily since last summer, kick-started with the Premier Access premium VOD release of Mulan in September to Disney+ subscribers.

Younger consumers are the most likely to have streamed a first-run movie, with 18-24 the age sweet spot. Once one hits 55 years old, interest in buying first-run films to stream in the home is almost nonexistent. 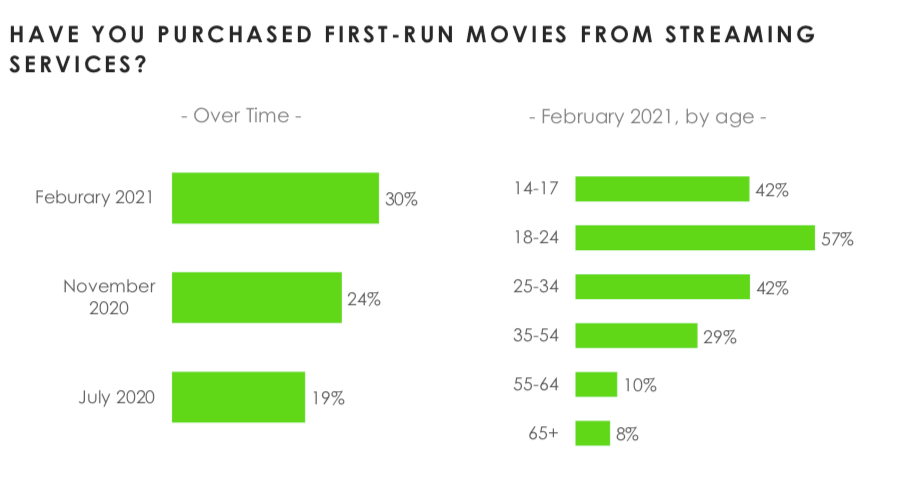 Among survey respondents who added a streaming video service during the pandemic, post-Covid loyalty appears to be strongest for Disney+ (77% of those who signed on say they’ll keep it; only 7% say they’ll drop) and Netflix (73% vs. 4%).

The likelihood of respondents planning to keep Max is lower, with 63% who added the service during the pandemic saying they’ll keep it and 17% saying they’ll cancel — underscoring the idea that focusing on first-run movie releases could be both a blessing (surges in sign-ups when movies are released) and a curse (cancellations once they’ve finished watching).

“What’s been most interesting to us in our pandemic-related research has been trying to determine which pandemic-induced changes in TV behavior will persist once life begins to return to normal,” Peter Fondulas, principal at Hub and co-author of the study, said in a statement. “This wave of the study strongly suggests that Americans have grown more than just accustomed to the TV viewing adjustments they’ve made during the pandemic, and are ready to embrace a new, streaming-centric normal.”