Should Amazon Even Be Allowed To Gobble Up MGM? 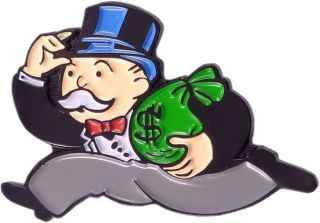 All the news in Streaming Land this past week seemed focused on Amazon’s pricey but wholly rational $8.5 billion acquisition of century-old Hollywood studio MGM.

Less noticed in virtually the same news cycle was a potentially huge antitrust case filed by the attorney general of Washington, D.C., against, yes, Amazon. The case focuses on Amazon’s use of “most-favored-nation” clauses in contracts with its countless third-party vendors, preventing them from charging less for a product on other sites than they charge on Amazon.

The clauses ensure upstart challengers to Amazon can’t undercut the e-commerce giant on prices, at least for products from companies that also want access to Amazon’s vast market.

It’s, again, wholly rational for Amazon to want to impose those restrictions on its vendors. But those clauses are inexcusably bad for customers, who have to pay more than they might otherwise. And those motivations are exactly why antitrust laws were created, because pricing controls like that are also really bad for competition.

That’s the thesis of the D.C. case, though legal observers suggest it represents a novel legal interpretation. To my mind, the A.G.’s case represents a wholly rational extension of our antiquated, century-old antirust statutes. It attempts to rebalance the unfair ways tech giants use their market power, network effects, free products, and globe-girdilng reach to disadvantage those who would provide an alternative.

Not mentioned in the same breath as the AG’s suit, though maybe it should have been, was that MGM deal.

In announcing the deal, Amazon executives praised the quality and quantity of the MGM library, which includes 18 Oscar Best Picture winners, the Rocky/Creed franchise, the Pink Panther franchise and around 4,000 other movies. There’s also17,000 episodes of TV and, oh, yes, nearly two-dozen James Bond movies, including one that’s been on the shelf for more than a year because of the pandemic.

Those films and shows have been licensed widely, on TV networks around the globe. It’s been a very nice business for a small company that doesn’t make a lot of new content, doesn’t have a backlot, and owns only the undersized Epix streaming service/premium cable network. Expect all of that to change dramatically with Amazon backing.

Now, presumably, all those old series and features will start appearing on Amazon’s Prime Video and ad-supported IMDb TV as outside licenses expire. If all those shows ultimately move fully to Amazon outlets, that’ll put a crimp in the offerings of a lot of competitors, in a double win for Amazon in the streaming wars.

Something similar happened seven years ago, when Amazon swooped in to buy Twitch for about $1 billion after Google had appeared to have the deal all but cinched. It got a prized asset, and a top competitor didn’t. Google’s been trying to catch up in the game streaming space ever since. Win-win.

This time, the asset is perhaps even more valuable, the impacts on competitors even more substantial, at a time when the market is rapidly overheating.

“A lot of the chess pieces are off the board,” Greg Boyer, a PWC US partner in tech, media and telecommunications, told me. A handful of the biggest services are “going to have such massive scale, but everyone else is going to have less assets to go after, and paying a really big premium for it” if they want to keep up.

Amazon is certainly one of the giants. And the real opportunity, Amazon executives said, is to mine all those films and series for spinoffs, reboots, and remakes to fill out its Prime offerings, instead of buying them from outside providers..

It’s not like MGM executives weren’t already doing that sort of IP mining (the Creed spinoffs of Rocky are perhaps the most successful and well-regarded examples). It’s just that with Amazon’s $1.6 trillion market capitalization, the level of self exploitation will put even Disney’s endless waves of remakes and reboots to shame.

And that’s the point. Amazon has a vast array of video assets, and occupies a near-unique position in the business. We’re at the point with the tech giants where we need to consider whether to allow them to make any new acquisitions in areas where they already have a dominant position. Video should probably be on that no-buy list for Amazon.

Subscription service Prime Video is the highest profile asset, with Oscars and Emmys, billions of dollars in annual programming, and 175 million users, second only to Netflix.

Now, the company will add that IP and money to some really talented film and TV executives, including three-time Oscar nominee Mike DeLuca (Captain Phillips, Moneyball, The Social Network) and reality show kingpin Mark Burnett (nine-time Emmy winner for shows such as The Voice, Survivor, and Shark Tank).

Amazon also owns IMDb TV. It runs the Channels service that carries more than 150 other companies’ subscription services. It owns Twitch, which dominates the live-streaming space in the gaming sector but is increasingly prominent in other sectors too.

Amazon’s advertising unit already generates 2.4 times more revenue—some $22 billion last year—than Snap, Twitter, Roku and Pinterest combined. And it sells the Fire TV streaming devices and TVs, which are used by 50 million U.S. households.  To all that, Amazon now gets to add the biggest single available library of original content still in the market.

Even if our kludgy old antitrust laws haven’t kept up (and the Justice Department dumped those 1948 Paramount decrees preventing vertical integration in the industry last fall), shouldn’t we figure out some way to leave an ounce or two of competition in what is rapidly becoming a Big Four of Streaming (Amazon, Disney, Netflix, Warner-Discovery)? It does seem, to me at least, to be wholly rational.

The  Amazon deal does generate other questions, like why didn’t Apple pull the trigger on a similar deal a year ago, when it first started looking for a library to shore up the single biggest shortcoming of Apple TV Plus?

The company reportedly talked with MGM about buying rights to No Time To Die, the pandemic-delayed latest James Bond film. The asking price reportedly reached a stratospheric $600 million, though given the titanic box office of immediate predecessors Skyfall ($1.1 billion) and Spectre ($880 million), wholly rational.

Apple balked at the price, whatever it was. But I couldn’t help thinking, why buy temporary rights to one movie for $600 million when you could buy the whole library for $6 billion or thereabouts? Even at a lush $8.45 billion Amazon valuation, that’s still only roughly half the revenue that Apple’s subscription businesses generates every quarter.

In other words, even $8.45 billion is a rounding error on a company valued at $2 trillion.

Apple has its own antitrust suit, which concluded arguments this week in a civil court. Epic wants a break on the fees it pays Apple to have Fortnite and other mobile games on the iOS App Store. But Apple at least doesn’t have the breadth of TV holdings, or even the device market share, of Amazon.

MGM represents a badly missed opportunity for Tim Cook and Apple, and more reason to puzzle over the company’s broader plans for subscription video.

Apple certainly has the resources to go very big. They’re creating some excellent original programing. But they’re still giving away TV Plus subscriptions for at least another month, a year and a half after launching the service. That suggests things aren’t working. As they like to say at Auburn University, where Cook went to college, go big or go home.