Like lending a DVD but for your digital movies 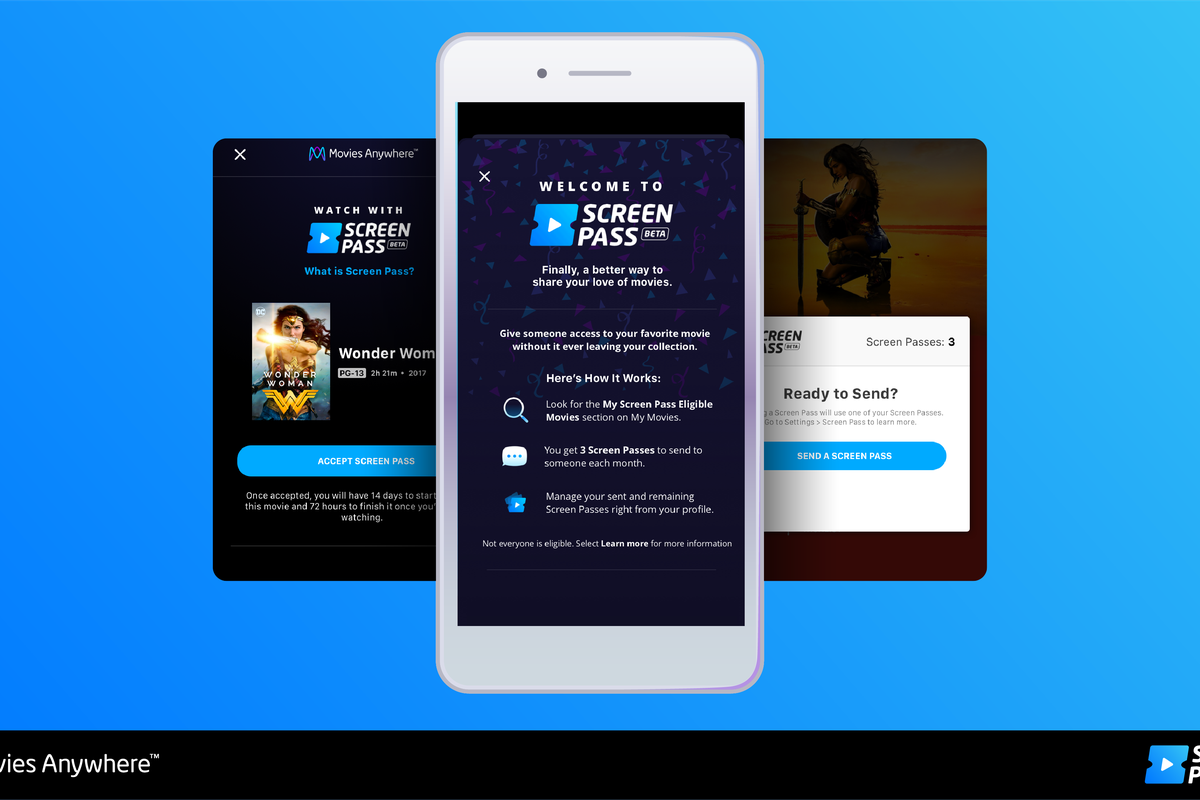 Movies Anywhere — the Disney-led digital movie locker service that syncs up your purchased films across platforms like iTunes, Amazon Video, Google Play, and Vudu — is launching a new feature called Screen Pass, which will let you temporarily share your purchased movies with friends or family members.

With Screen Pass, Movies Anywhere users will be able to share up to three films per month, giving temporary access to the recipient. Users will have seven days to accept the offer, which will give them access to the film for 14 days. Once started, recipients will have 72 hours to finish the film. The three-share limit resets on the first of every month, letting you share more films. (Unused passes won’t roll over.)

There are no limits as to how many times you can share a film or who you can share it to — meaning, unlike lending someone your prized Mad Max: Fury Road Blu-ray, you can share a copy of the film with three friends in the same month, while still being able to watch it yourself. The only thing recipients will need is a Movies Anywhere account.

You won’t be able to share every movie that’s in the Movies Anywhere catalog, though. At least for now, over 6,000 titles will be eligible during the beta period, which the company says is roughly 80 percent of the movies available through the service. Which movies are eligible for Screen Pass is determined by the studios; some companies may prefer to restrict newer releases, for example. The other major limitation is that Movies Anywhere still doesn’t have any films from Paramount, Lionsgate, or MGM, the three major studios that aren’t part of the service, so you won’t be able to share John Wick or The Princess Bride, even if you own them digitally.

The feature is launching later today in a closed beta starting at 1PM ET / 10AM PT, with a broader open beta planned for May. But even if you don’t manage to make it into the betas, all users will be able to receive and watch Screen Pass-shared movies once the test starts. The full launch for Screen Pass is planned for later this year.