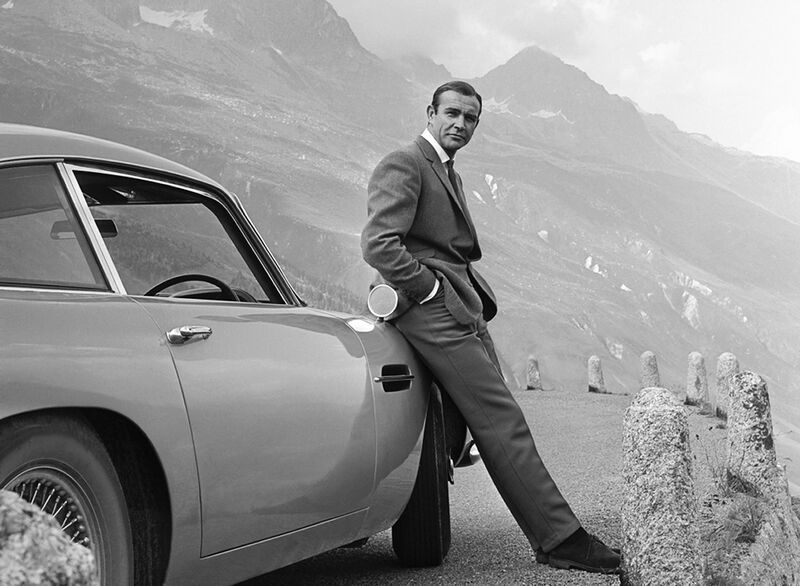 Sean Connery as James Bond in 'Goldfinger' in 1964.

James Bond and Rocky Balboa may be past their prime, but a nearly insatiable appetite for content in today’s streaming era has boosted their appeal.

The characters are from a Metro-Goldwyn-Mayer portfolio of movies and shows that has attracted a $9 billion offer from Amazon.com Inc., according to a person familiar with that matter, part of a massive reshuffling of streaming content this week. AT&T Inc. is merging its WarnerMedia division with Discovery Inc. in a deal that will create a new media company with purportedly more material than Netflix Inc., the market leader in streaming.

The frenzy also is boosting shares of another potential target, Lions Gate Entertainment Corp. The film-and-TV studio jumped 7.3% on Tuesday. Its stock is now up 57% for the year.

The latest speculation follows bidding wars in recent years for back catalogs of sitcoms, with “South Park” and “Seinfeld” fetching $500 million or more apiece. The question now is whether the biggest streaming providers will further consolidate the market, gathering larger arsenals of content and squeezing out smaller rivals.

“There’s going to be a handful of winners in the streaming wars, and content is always going to be the important factor,” said Tuna Amobi, a media and entertainment analyst at CFRA Research. “Everyone is upping their spending significantly. It seems almost what you have to do to be considered a very serious or viable competitor.”

The few studios that haven’t sold out completely to streaming services have still engaged in lucrative one-off deals. In March, Netflix paid $450 million for the rights to the next two films in the “Knives Out” franchise, produced by Media Rights Capital and distributed by Lions Gate. The deal was one of the largest movie-rights deals ever, and worth $140 million more than what the first movie generated in global box-office sales.

Streamers are also paying big for old ideas. Walt Disney Co. said it will spend $16 billion on content a year by 2024, largely by plumbing the depths of its own intellectual property. The company announced in December that it’s making 10 Star Wars series and 10 Marvel series, as well as shows based on characters from “Moana,” “Zootopia” and “Big Hero 6.” Even Dug, the dog from Pixar’s 2009 film “Up,” will get his own spotlight -- all part of a push to bolster the company’s 18-month-old Disney+ service.

A deal for MGM would give Amazon hit franchises like James Bond, “The Handmaid’s Tale” and “The Hobbit” -- though it’s unclear how soon they could appear on the company’s streaming service given existing distribution deals. The AT&T transaction, meanwhile, merges programs such as “Friends,” “The Big Bang Theory,” Game of Thrones” and “The Wire” with Discovery’s reality-TV shows and Food Network.

As streaming giants get bigger, the most vulnerable players are the smaller U.S. media companies that are outmatched both in their home countries and overseas, Whittaker said.

“What, for example, is ViacomCBS’s strategy in a streaming world split between the global giants and consolidated national players in Europe?” Whittaker asked.

Amobi said the strategy is more clear for a company like Amazon, which has the heft to become one of the few essential streamers for everyday entertainment consumers -- and boost the value of the online retailer’s Prime membership. Amazon is less dependent on streaming than its media rivals, since the service is essentially an add-on to Prime, its free-shipping program. But if the purchase of MGM goes through, Amazon may also be able to make extra money on the content by licensing it to third parties.

“Consider that Netflix is spending, this year, north of $20 billion,” Amobi said. “If you’re Amazon video, you just have to take notice. You can’t just sit idly by when your competitors are looking to spend.”