It's aimed at no-compromise filmmakers. 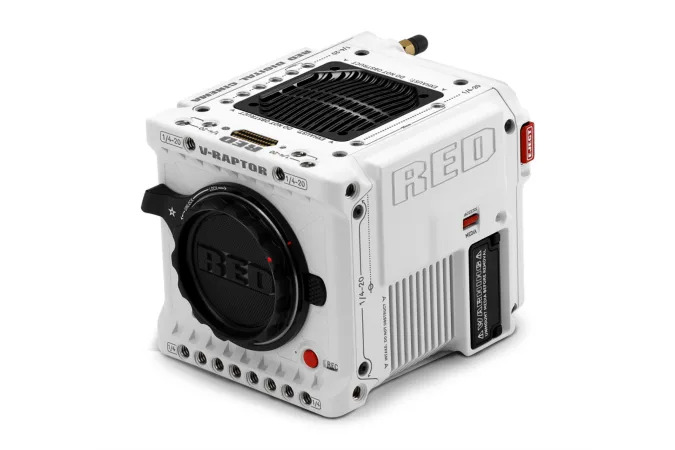 RED is determined to stay at the forefront of 8K video recording, and its latest pro camera might just be proof. DPReview notes that RED has unveiled the V-Raptor ST, its first camera in the DSMC3 lineup. The body is only slightly bigger than the Komodo, but it touts a brand new, 35.4-megapixel VV full-frame sensor that offers a large 17 stops of dynamic range and "cinema-quality" scan times twice as fast as any other RED camera.

You might not have to sacrifice quality for speed, either. The V-Raptor ST can shoot 16-bit REDCODE RAW video at 8K and 120 frames per second, and you can ramp it up to 600 frames per second at 2K if you're capturing slow-motion shots. While RED may be stretching things by claiming you can "always deliver" at greater than 4K (you clearly need to step down in some situations), you might feel a twinge of regret if your production team spent close to $60,000 on a Monstro 8K that 'only' manages 60FPS at full resolution.

The new camera includes other creature comforts. A dedicated user display on the side helps assistants tweak settings and save presets, and improved cooling (including a quiet 60mm fan) helps you work in tougher conditions.

You'll have access to a wide range of ports, including two 12G-SDI outputs, nine-pin EXT (for breakout boxes), USB-C and the obligatory pogo pin connector for a monitor. ODU output on the side can break out to XLR or 3.5mm audio. Not surprisingly, you'll want fast storage — RED supports compatible CFexpress 2.0 Type B cards that can record R3D and ProRes at up to 800MB/s.

The price is squarely in pro filmmaker territory. The body alone sells for $24,500, and you'll likely want to spend $29,580 on a "Starter Pack" with useful add-ons like a 7-inch touchscreen, a RED 660GB CFexpress card (plus the matching card reader) and a pair of batteries. That's not including the RF-mount lenses and adapters you might need if you're new to the RED ecosystem. If you're the sort who regularly shoots 8K video for a living, though, this might represent a bargain if you're looking for high-end video equipment.